Applications are not accepted - 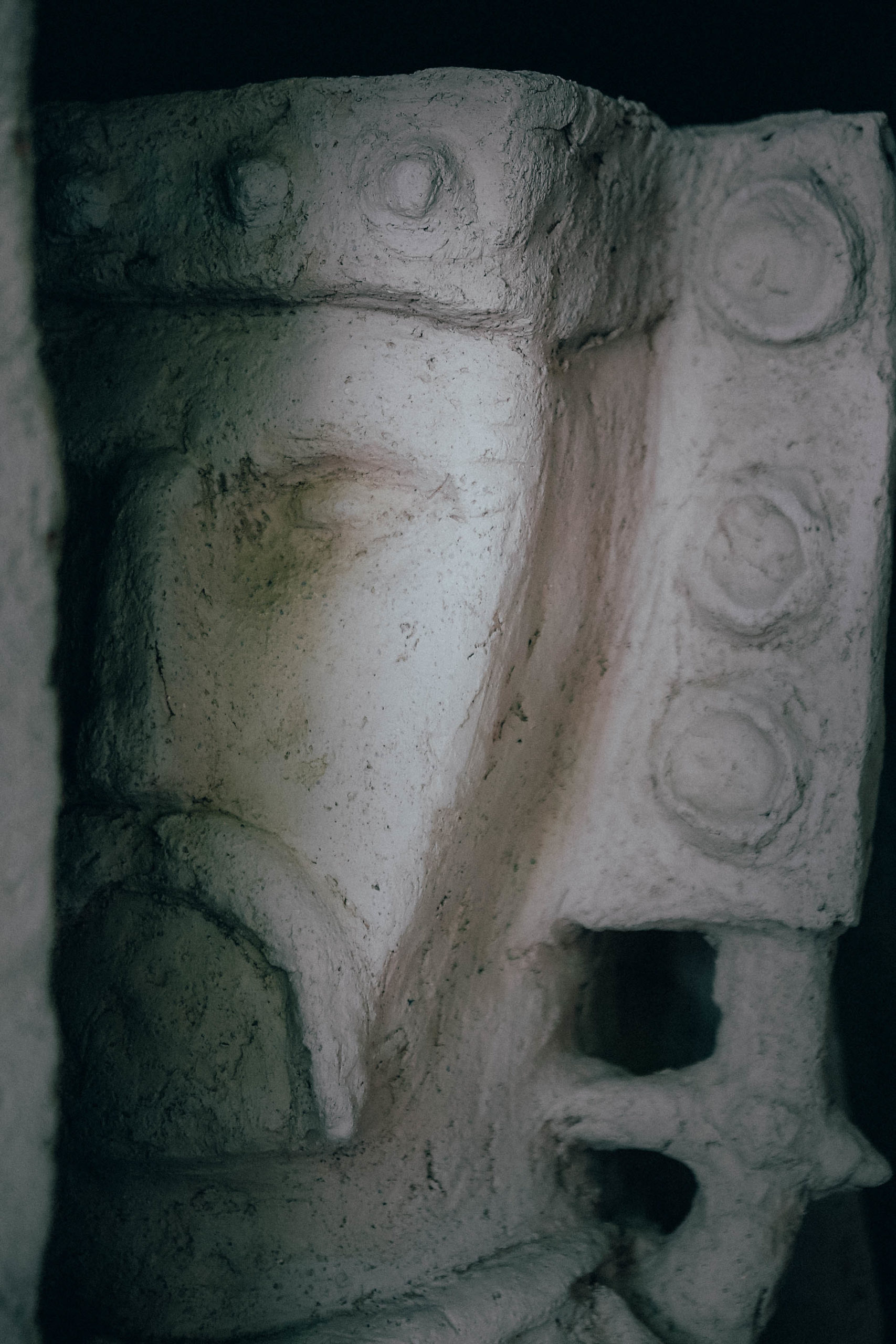 1.1. THE 2ND INTERNATIONAL VASYL KRYCHEVSKY BIENNALE OF ART CERAMICS is an international artistic event in Ukraine in the branch of modern art ceramics.

(The BIENNALE was initiated on the occasion of the centenary of the foundation (05.11.1917) and the inauguration (18.12.1917) of the Ukrainian Academy of the Arts and in honour of the one of its founders and its first elected head, the most charismatic figure of the Ukrainian art in the first half of the 20th century, infatuated in ceramics, Vasyl Krychevsky (1873–1952). This artist was an original painter and an innovative graphic artist, a constitutor of the Ukrainian art nouveau style in architecture, the first artist of the Ukrainian cinematography, a master of applied arts, the author of the design of the National Emblem of Ukraine The Trident, the honoured full member of the Ukrainian Free Academy of Sciences in the USA, an academician, a professor, Doctor of Art Criticism Sciences; a principal of the Myrhorod Art Industrial (ceramic) Institute, a professor of the Architectural and Artistic Institutes in Kyiv, Artistic Polytechnic School in Odessa, a chancellor of the Higher School of Fine Arts in Lviv; in the early 20th century he formed the biggest private collection of ceramics, which was lost during the bombardment  of Kyiv by Russian invaders (1918). Vasyl Krychevsky made a determinant influence on the development of pottery craft in Opishne, he supported, popularized and collected works of local potters as well as propagandized this town as one of the most outstanding centres of folk artistic culture of the Ukrainians. Thus, it was Opishne which became the centre of the many-sided artistic realization of the emblematic figure of world art.

1.3.  The Aim of the BIENNALE is to represent the creative work of modern artists, to determine the best 2020-early 2021 works in the branch of art ceramics.

1.5. The aim and main tasks will be realized through the preparation and the carrying out of artistic exhibition of the BIENNALE.

1.9. The exposing works will be published in the art catalogue of the BIENNALE.

2.1.  Art ceramists, potters of Ukraine and other countries (hereinafter referred to as the Participants) are invited to take part. BIENNALE is open for all artists regardless of their citizenship, home country, age, sex, nationality, professional education, etc. 2.2.  The artists can take part in the BIENNALE individually or through organization, associations, unions, societies, galleries. 2.3.  Participation in the BIENNALE is free. 2.4.  Every author could submit for the BIENNALE no more than 5 works, which reflect the trends of the development of modern ceramics, broaden public notions about the artistic possibilities of ceramics. Compositions from some items are allowed to take part as well. 2.5. The BIENNALE will be held on such plan:

2.6.  Artists, willing to participate in the BIENNALE, submit the fulfilled application form according to the sample given in the addendum and a photo of every work to the Management of the National Museum of the Ukrainian Pottery in Opishne (hereinafter referred to as the Management) till 31.10.2021. An application could be submitted in a paper or digital form. The submitting of an application does not yet mean that its author is allowed to participate in the BIENNALE, but only affirms his intentions. Applications and other materials, sent after April 31, 2021, will be not examined and not returned back. 2.7.  A Participant should give to the Management, together with the application, his written acceptance of the processing of personal records, including the photos of works, their usage in printed and digital publications, in websites, and in video films of the National Museum of Ukrainian Pottery in Opishne and the Ceramology Institute – the branch of the Ethnology Institute of the National Academy of Sciences of Ukraine. The Management secures personal records, given by the Participant from the transfer of them to the third party, with the exception of the cases of their open access through printed and digital publications, websites, video films and so on. 2.8. The Jury considers materials, submitted for the preselection, informs the Participants about the works, which are allowed to participate in the BIENNALE and till May 12, 2021, and gives an official invitation to participate in THE INTERNATIONAL VASYL KRYCHEVSKY BIENNALE OF ART CERAMICS. 2.9.  Works should be brought personally or sent by post (postal carriers) to the National Museum of Ukrainian Pottery in Opishne: 102 Vasylya Krychevskoho Street, Opishne, Poltava Region, 38164, Ukraine. [Telephone/fax enquiries (05353) 42416, 42175; opishne-museum@ukr.net, muzey.vystavky@gmail.com. The curator is Svitlana Koniushenko, phone: +38 (050) 2684495]. 2.10. Works will be received by the Management everyday, except Saturday and Sunday, from 9 a.m. till 4 p.m., on Saturday and Sunday in concert. For works, sent by post and damaged during transporting, an appropriate defective act will be compiled, one copy of which will be delivered up to the author. Artists must pay especial attention to a considerable risk of postal matters and the necessity of very diligent packing of works indicating on the packets «Carefully!», «Glass!» etc. It is advisable to send works by courier delivery or bring them personally. The payment of transporting, travel and postal expenses is realized on account of authors. Works for BIENNALE will be received till 20.01.2022. 2.11. Artists could insure their works in case of its damaging during transporting (sending by post), exhibiting in Opishne or any other risks, including loss of information, borrowing of author’s artistic or technological ways or losses from the third party. An insurance policy should include a separate premonition about the refusal from the right to pretend to any indemnity from the Management. 2.12. The Management will assume responsibility for the preservation of works, submitted for the BIENNALE. The Management under no circumstances is not responsible for losses, happened through no fault of its. The Management is also not responsible to artists for any circumstances, which could arise as a result of the third party’s actions, for artists’ infraction of the code of professional liability and copyright infringement. 2.13. The owners of works, sent for the BIENNALE, are fully responsible for their authenticity, responsiveness to the terms of the BIENNALE and absence of any falsifications. 2.14. The Management contracts for mutual obligations with every Participant of the BIENNALE during 26.05.2021 – 30.11.2022.

ІІІ. Requirements for Works of the BIENNALE

3.1.  A work should be made exclusively from clay (clayey, chamotte, faience, or porcelain forming masses); wood, metal, glass and so on could be used as supplementary materials for the creation of art images.

3.2.  Any technologies of forming (pottery wheel, plaster mould, hand-modelling and so forth) are possible.

3.3.  The decoration can be accomplished with any technical modes (techniques) using engobes, underglazes and overglazes, glazes, enamels, and so on.

3.4.  Works should be produced during February 2020–March 2021 and not exposed nowhere before.

3.5.  Date of producing, name and surname of the author (authors) should be mentioned on works with engraving, engobes, enamel before their burning.

3.6.  It is necessarily to give an appropriate passport for every work, in which the surname and name of the author, the title of this work, the technology of its making, its size, the date of its producing should be mentioned (an example of a passport for a ceramic work is given in the Addendum).

3.7.  Following works are not allowed to participate in the BIENNALE:

ІV. The Determination of the BIENNALE winners. Awards

4.1. The works of the preselection and competitive works will be examined by the Jury of the BIENNALE.

4.2. Jurymen can take part in the BIENNALE only hors concours, representing their works in the catalogue.

4.3. During the process of the appraisal of works any information about the Participants will be closed.

4.4. The Jury works on 04.02.2022. The meeting of the Jury is closed; decisions are reached by open vote. The decision is final and cannot be a subject of appeal.

4.5. The owner of the grand prix will be invited to take part in the rewarding on account of the Management.

4.7.  The grand prix of the BIENNALE will be invested by a representative of the artistic Krychevsky dynasty.

4.8.  Golden, silver, and bronze awards will be invested by co-organizers-donators.

5.2.  Awarded works (grand prix, golden, silver, and bronze awards) will be transferred by their authors for permanent storage to the National Museum of Ukrainian Pottery in Opishne for free.

5.3.  Works, which took part in the BIENNALE, could be given back to the authors after 30.09.2022 only on their own account. By the authors’ consent, works could be left for permanent storage in the National Museum of Ukrainian Pottery in Opishne.

5.4.  Works, not taken by the authors till 30.11.2022 will be transferred for permanent storage to the National Museum of Ukrainian Pottery in Opishne.